Today was a day, with amazement and great experience. I wanted to participate in one of the college event – Thakur college.. And the name of the over all event was – tatva.

I needed a partner. It needed two persons to play it.

I called few of my friends, but none of them agreed as they all were out of town. I posted in one of our group, and that’s was when my friend revert with. “Yes I am interested, let’s go“.

We met at the station, and rushed to the college as it was far from station. I tried calling the person handling the event but he didn’t receive the call, as we understood he was busy with the event. On reaching the college we were told.. The registrations are CLOSED.

We informed them that we had already pre-registered, and called one of the Person to inform we were going to get late. They considered us in.

The Name of the game was synergism, in this game there were 3 rounds.

1 round consist of shooting the darts, and the no. you hit on will tell which word you will get. So we hit on 1 and 17. and we got four words.

Red, Rose, Box, Car – out of this we had to select any 2 words and speak infront of the judges for 2 min ! We selected – Red Car

We did it, and their was smile on the judges face..

The 2nd round was, blind folding the eyes. In this one of the Person will get a blue print of a pyramid which is to be build by 4 diff. colour.

I was ready to make it, first 10 sec. we arranged the glasses, and then they blind folded me, my friend guided me by using the word – Up, down, left, right, yes, no.

In this round we were last in competition with 2 other groups. There were total 39 groups.

But by the total count of both the rounds we got selected for the third.

In the last round we had to solve a simple case study, and provide our ideas on that situation.

We were then announced 2nd place by the judges, certificates + 3000Rs cash prize..! 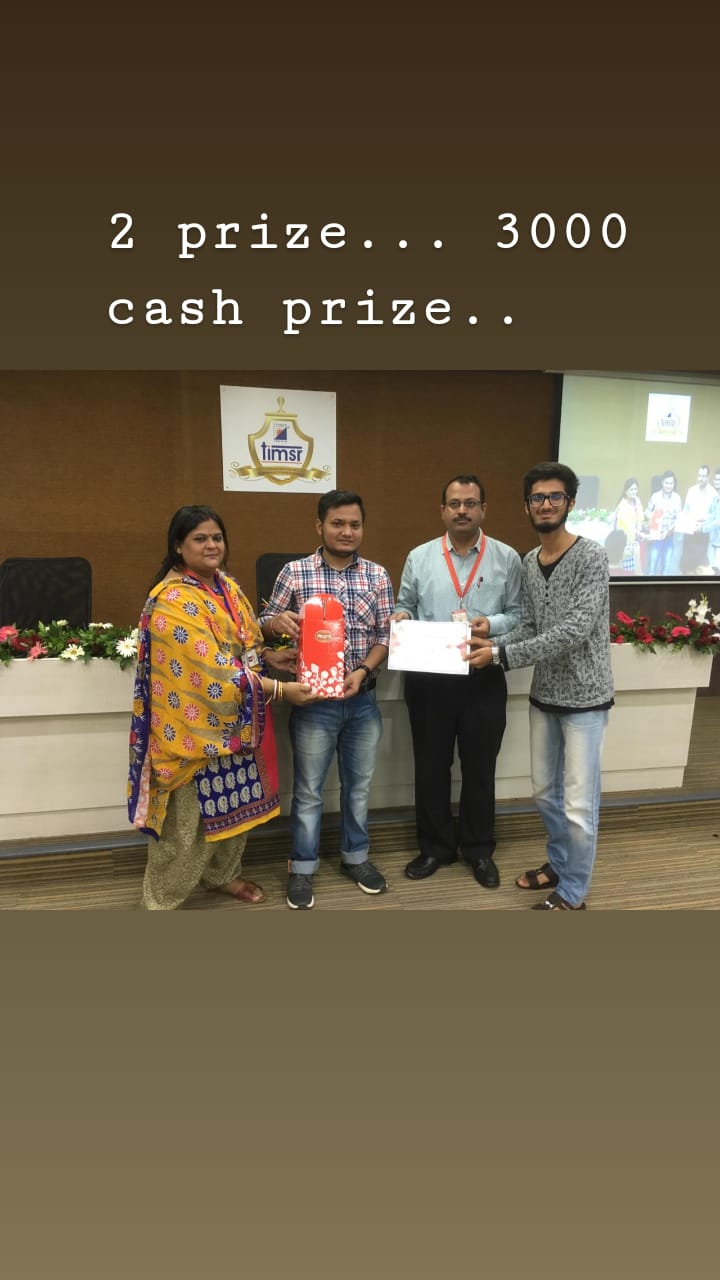 The process (Organising) team did their best.. Thanks Jayesh, Bhumi, and all others (I don’t know their names 😅)

28 thoughts on “Entrepreneurs..! That is the word I choose to live by..”

This site uses Akismet to reduce spam. Learn how your comment data is processed.